This genus is accepted, and its native range is SW. Mexico to S. Tropical America. 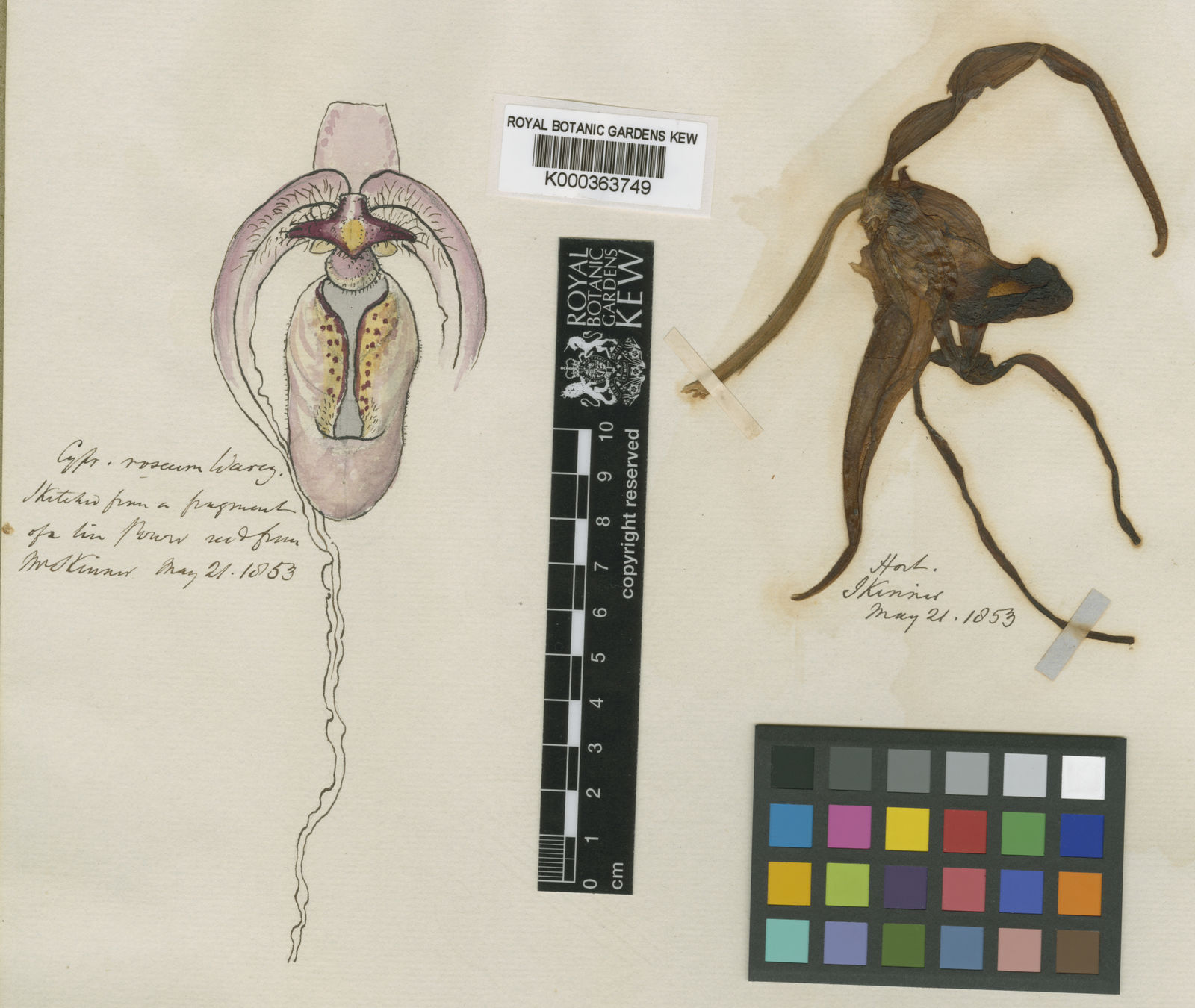 Phragmipedium species are found in the tropics from southern Mexico to Bolivia and Brazil. Rarely found near sea level (Phragmipedium longifolium), they may be found as high as Machu Picchu in Peru (Vargas 1965) or close to 2500 m elevation. The southernmost species are found in Bolivia and São Paulo, Brazil, but apparently no species have been able to spread into the more temperate parts of South America. Some of the species such as P. besseae are found within narrow elevation bands (1300-1900 m), but Phragmipedium longifolium may be found from sea level to 1600m elevation. We have noted that plants collected at 1600 m produce more lanky growth in heated greenhouses than do plants from near sea level.

Southern Mexico and Guatemala through Central America to South America, south to Bolivia and Brazil. A small genus of about 15 species.

A few species are epiphytic (some of the P. caudatum group), but most are terrestrial or lithophytic, particularly near waterfalls. The Central American populations of the Phragmipedium caudatum complex are largely epiphytic from Panama to Nicaragua but terrestrial or lithophytic on granite (Fowlie 1972) in South America. Dodson (personal communication) indicated that P. lindenii grows on lava. Phragmipedium exstaminodium is epiphytic in southern Mexico.


Most species grow terrestrially or lithophytically in crevices of volcanic rock, usually in association with river systems. Phragmipedium longifolium usually grows on landslides near rivers where they probably must re-colonize before the canopy closes after a disturbance. Commonly, the substrate on which they are growing is dark and slippery, suggesting that the plants may benefit from a mat of cyanobacteria. Plants are sometimes seen invading road cuttings which apparently simulate landslides by rivers. Some populations in Panama, however, are known only on open rocks often in the centres of swift-running rivers where they receive sufficient light. In such a habitat the plants are dwarfed, sometimes producing an inflorescence less than 20 cm tall. These plants remain dwarfed in cultivation and flower poorly unless given full sunlight. They may be subjected to periodic flash flooding and become lost to raging torrents. Similarly, species such as P. pearcei, P. boissierianum, P. hirtzii, and P. caricinum grow near rivers. Perhaps the most specialized species is P. klotzschianum (Dunsterville 1932; Gorinsky 1972) which grows at the junction of Venezuela, Guyana, and Brazil. This species is found between 1300-1400 m elevation growing on sandstone by streams where plants have a constant supply of water to their roots. Fowlie (1986) reported that P. sargentianum grows in seeps over granite.


A few species grow on limestone or on serpentine. Phragmipedium besseae grows on vertical dripping cliffs often near waterfalls. Its precipitous habitat, generally avoided by plant collectors, probably explains why it remained undiscovered for so long. It seems to prefer growing on serpentine as the rock has a soapy texture and reacts to strong acid (Stig Dalström, personal communication).

Most Phragmipedium species can grow in fairly strong and sometimes direct sunlight, but more frequently the light is dappled by the surrounding vegetation. None of the species prefers deep shade, and the poor flowering of large plants growing in deep shade attests to their preference for stronger light.


Phragmipediums prefer high humidity of the rainforests in which they grow and where rainfall is frequent throughout the year. Some do not mind growing in areas where water is standing for short periods. In contrast, the P. caudatum complex will not tolerate standing water around their roots. (JA).

Phragmipedium species and hybrids have been cultivated, for more than a hundred years, but their appeal is markedly less than that of paphiopedilums. The earliest records of species in cultivation are probably those of P. caudatum and P. lindenii in the 1840s. The first artificial hybrid, P. Dominianum, a hybrid of P. caricinum and P. caudatum, was produced by Messrs. Veitch & Sons of Chelsea and Exeter in 1870. Hybridization continues and has received a boost from the introduction of the scarlet-flowered P. besseae and its 'lutino' variant into cultivation in the 1980s. The late Donald Wimber and the Eric Young Orchid Foundation produced spectacular colchicine-induced tetraploids that have increased the appeal of the genus and will drive forward breeding in the future. Phragmipediums are grown as specimen plants, with little or no demand for their cut flowers.

No other uses have been reported. (PC). 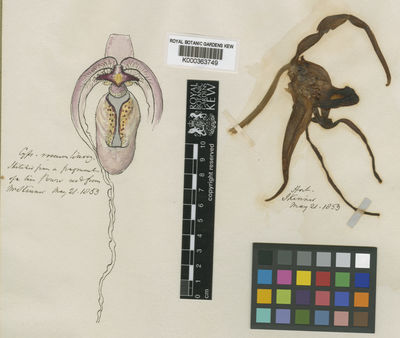 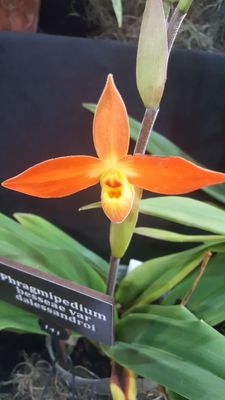 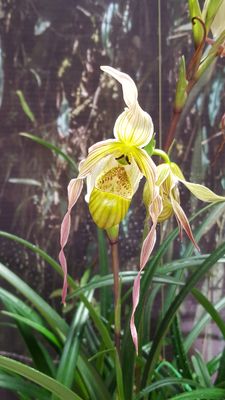 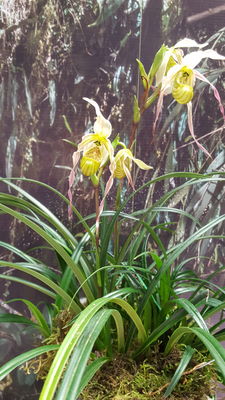 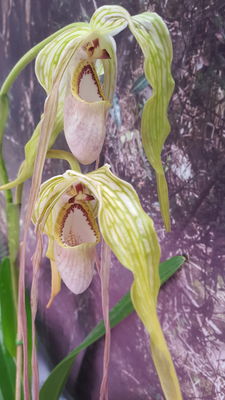 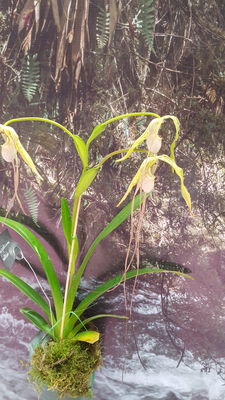